What is a Men’s Core Group?

Men’s Core Groups are deep communities for brothers in which friendship is the foundation, where discipleship happens naturally and men thrive spiritually, emotionally and physically. Men's Core Groups are part of Bethel’s Men’s Ministry and Community Life Ministry.

What happens in a Core Group?

Men’s Core Groups focus on developing friendships and living out lives that follow Jesus. Some groups may also gather around a specific focus, and others may dive into studies for a season. Each group is a place where men can talk openly about the deep issues of life. While it sounds serious, and it often is, there is usually a lot of laughter!

How long do Core Groups last?

Some groups may last for a semester or two, others may go longer. How long they last is decided by the men in the group. We encourage men to be faithful in attendance during the season they are committed to being part of the group. As with many things in life, we receive value from these groups in proportion to our participation.

How big are Core Groups?

Group size is decided by each group. Most groups are 8-10 men.

What is the age of men in Core Groups?

Each group is different. Most are mixed-age groups, but a few are seniors or young men. We recommend groups with mixed ages.

When and how often do Core Groups meet?

Meeting frequency, days of the week, and meetup times are decided by the individual group. Most core groups meet weekly.

How do I join a Men’s Core Group?

What are Men’s Core Groups NOT?

What does a Men’s Core Group leader do?

Leaders in this ministry are first of all servants. Our leaders serve by facilitating and maintaining a culture that nurtures a community of brothers who are following after the Lord. We look for leaders who can approach this with shepherding sensitivity and a welcoming heart. We also lead together: our leaders are relationally connected to one of our teams of core group leaders.

How can I become a Men’s Core Group leader?

Think you might be interested? You can find more details on leading a group on our Leadership Interest Form. If after reading this material you think leadership may be right for you, complete the form and we will be in touch.

Men’s Core Groups are deep communities for brothers in which friendship is the foundation. It is a place where discipleship happens naturally and men thrive spiritually, emotionally, and physically. 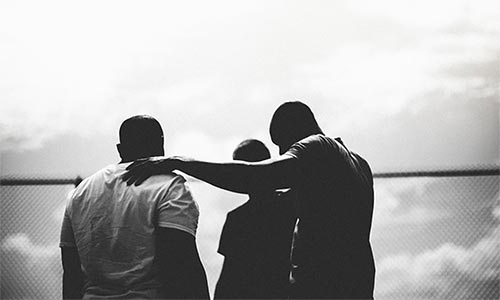